If this pipeline gets built, my entire neighborhood can go up in flames any day. Erica was 12 years old when she heard that a dangerous liquefied-gas facility was to be built with its pipelines running through the streets of her neighbourhood. She could envision her district going up in flames on daily basis.

Adults didn’t move, so Erica stood up alone, to face the world’s most powerful mining corporation. She campaigned from door to door. She mobilized friends, schools, the media and organizations. Hundreds of people joined at the final hearing.

When Erica’s time to give a speech was suddenly cut in half, she laid her carefully prepared notes aside and spoke freely. The city council was so impressed that they vetoed the construction permit. The facility was never built!

Soon after, her mom fetched an anonymous letter from their mailbox – it contained a cheque from the collective neighborhood to help Erica realize her greatest dream: to study Environmental Law.

In 2018, Alexandra Collins, 16, discovered that for 30 years industrial sterilization company Sterigenics had been emitting high levels of ethylene oxide (EtO) — a colorless gas that is a known carcinogen — near homes and schools in her neighborhood in Hinsdale, Illinois.

Alexandra’s community suffers from a cancer rate nearly nine times the national average. After learning that many students and teachers were unaware of the danger EtO posed, Alexandra and her sister cofounded Students Against Ethylene Oxide (SAEtO), which harnesses the energy of young people to fight for a ban of ethylene oxide emissions, particularly near schools and residential areas.

Through SAEtO, Alexandra educates students and others about the cancer risks associated with EtO and about safer sterilization methods for both medical and commercial products. She also organizes letter-writing campaigns and protests, engages in judicial and legislative hearings, and lobbies government officials. In the fall of 2019, SAEtO and allied community groups persuaded the Sterigenics facility near Alexandra’s home to close.

Plus, SAEtO take their work global. They already work with young people in Central America to close down dirty factories that are killing local populations … and that’s why IF YOU HAVE DIRTY FACTORIES around you … it is your duty and responsibility to empower local young people to liberate themselves from criminal industry mafias.

If our school’s lawns are too poisonous to pick up a ball, because it would give us cancer and make us infertile … how are we safe here?

One day in the Spring of 2017, Mackenzie Feldman and Bridget Gustafson showed up for Cal Beach Volleyball practice, where their coach cautioned the team not to chase after the balls if they roll off the court because the groundskeepers had just sprayed an herbicide on the surrounding area.

Bridget and Mackenzie were shocked. If this stuff was this poisonous, it would not go away in minutes. And what about the groundskeepers? And weren’t there proper alternatives in this 21st Century?

Mackenzie and her friends quickly realized Millions of black, brown, indigenous, and lower-income peoples are directly and frequently exposed to toxic chemicals that have been linked to numerous cases of cancer, various forms reproductive and developmental harm, liver/kidney damage, neurotoxicity, and more.

As young people, they believed that college campuses serve as pivotal sites for social and environmental change.

Universities are regarded around the world as hubs of knowledge, information, research, and technology that we are taught will lead to our collective success as a society.

Therefore, we must hold our college campuses and the larger university systems they represent to the highest ethical standards as they serve as beacons of socially accepted knowledge, practices, research, and conduct.

If young people can be inspired by their capacity to learn and impact positive change while being supported by their universities, there is no limit to the benefit they can bring to greater society as the future leaders of the planet.

While their project began on a college campus and has been quickly replicated at other college campuses, their goals also include supporting high schools, middle schools, elementary schools, and other public and private lands to achieve herbicide-free status.

Their first campaign to end synthetic herbicide use at UC Berkeley resulted in work with experts on a pilot project to convert two sites on campus to all-organic and have since converted a total of 11 spaces on campus.

Using their experience, they empower students with weekly coaching, materials, strategic planning, and organizational structures to achieve this same success at their schools.

They provide students with the tools and resources they need to build a student movement that will put pressure on their university or school through petitions, direct action, meetings with administration, and more.

Additionally, they connect students with a nationwide network of peers who are also working diligently to achieve the elimination of synthetic herbicides on both their campuses and in their communities.

By cultivating the will to transition to an herbicide-free campus, they create the space for experts to come in and enact the tangible changes needed to convert campus spaces.

You have the tools, the support, no excuses.

May your school be next! THIS YEAR. #bemoreawesome

If we are to shift to clean energies, universities as beacons of knowledge are the ones to lead the charge. 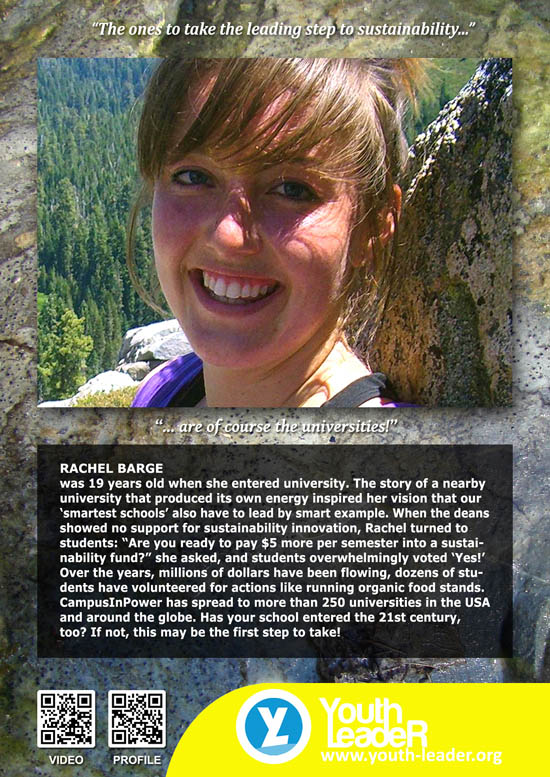 Plus, the spirit and momentum sparks groups of volunteers doing cool stuff like yummy food stands.

Think about how this would add a spark to life at your school or university.

Now, think of your school.

How many students did you have at your school? It’s easy to estimate. Count your class, how many classes per year, and how many years. A common school of 1,000 students x $5 makes 5,000 a year, or 25,000 over the 5 years that you or your kid is at that school.

What youth-powered indoor and outdoor LearnSpaces can you create?

It seems STUPID not to do it. Show us your results to inspire others! We can also work together. Check out our YL LearnSpaces and Inter/National Youth Leadership Learning Centres. #bemoreawesome

At UC Berkeley, it tripled the amount of capital available for campus sustainability. In total, those funds will grow to over $160M, because most of them had a 10-year lifetime.

I directly trained over 2,000 students from 250 universities, spoke at 30 conferences, etc – and distributed all of my materials for free so students could replicate in the future.

And then, more. Plenty more! You’ll learn of it later. In the year 2006, a 6 year old boy walked on stage to speak out for closing dirty industries. His name :

(shoo-tess-kat) ‘turqoise mirror in the sky’

He got pesticides banned in his city’s parks, coal ash regulated and after the Boulder city council had given permission to frack *in* the city, his music and school presentations caused industry attacks and nationwide media attention that got fracking banned. That year, he was chosen by shamans to light the sacred fire at the UN rio+12 summit in Rio de Janeiro. He was 12 years old.

The background photo is from 2014 at the New York Climate March uniting 400,000 people, led by X in the first row. X had just spoken at the UNITED NATIONS as representative of global civil society. The clip went viral and inspired artists to portray him in the film KID WARRIOR.

Long before the rest of the world he issued the message. 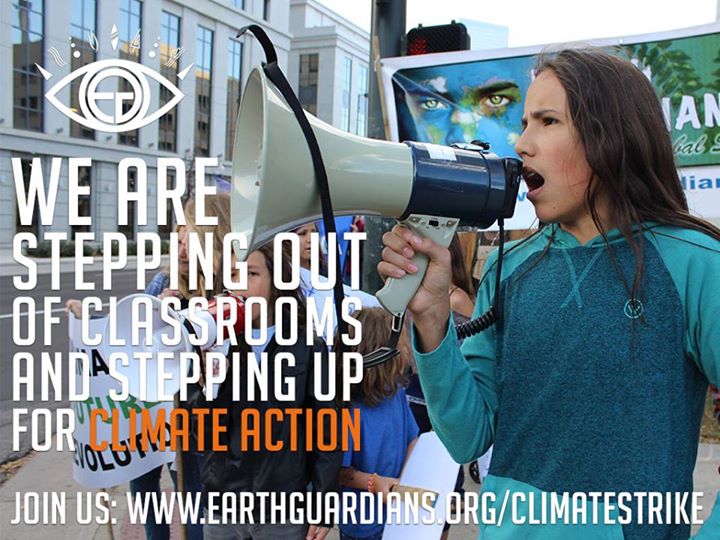 Telling his extremely spirit boosting story would require more photos than Alicia’s page. Hence, at this point, we select a few essentials that convey his energy, spirit, message and gifts to you in compact form.

In 2014, he told his story at Bioneers, embodying the spirit of youth leadership to the fullest, for all our spirits to drink form, and rapidly 100s of Earth Guardians crews sprung up on 6 continents with a focus on eco-social campaigns. 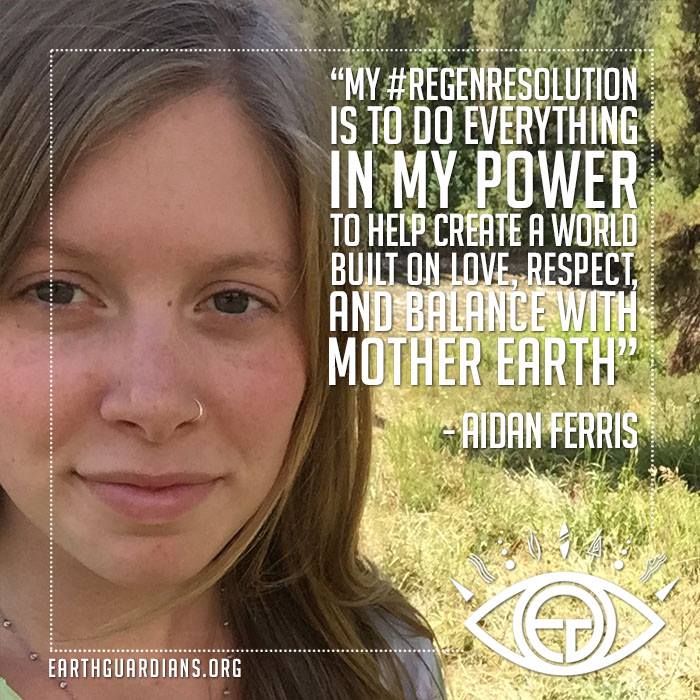 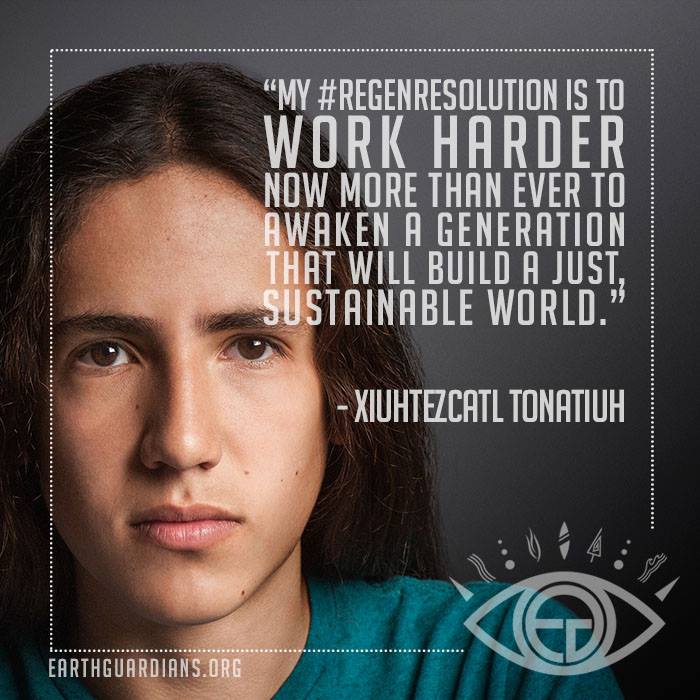 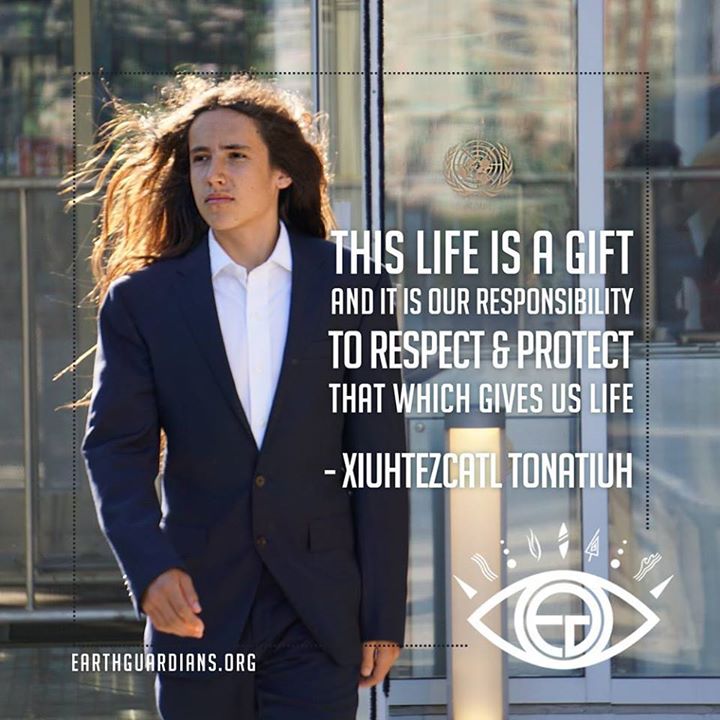 In 2014, Xiuhtezcatl also led the Children’s Climate Lawsuit against the OBAMA administration for destroying their future by investing in industries causing climate change.

The OBAMA administration sided in court with representatives of the global oil and gas industry to dismiss the children’s request. The judge ruled in favor of the kids, and X became omni-present in global media. 14 years old, he appeared 3 or 4 times a week on talkshows, conferences, at the UN, music festivals and in fashion magazines.

“I am learning more here than I ever would at school.” X homeschooled. He always has, except for a brief period which taught him pity for his global peers and understanding why school is underperforming and crippling people’s minds and hearts, making them powerless.

Watch him. Listen. Feel. If your heart feels him, you have the same power in you! You are IN TRAINING. FOR REAL.

… following rules, he had handed in his prepared speech document at the UN … but in that moment, he decided to lay it aside and speak freely. More on intuition in Phase 3 : Positive Media + Music.

Sit back. Breathe it in.

All this you need to

with precisely what their hearts and mind need and want to hear. Because no one affirmed these feelings in them, and no one gave them this guidance they need.

He is your trainer.

Learn from him like others learn from singers, by watching, feeling, weighing in your heart, and practicing to express your spirit. 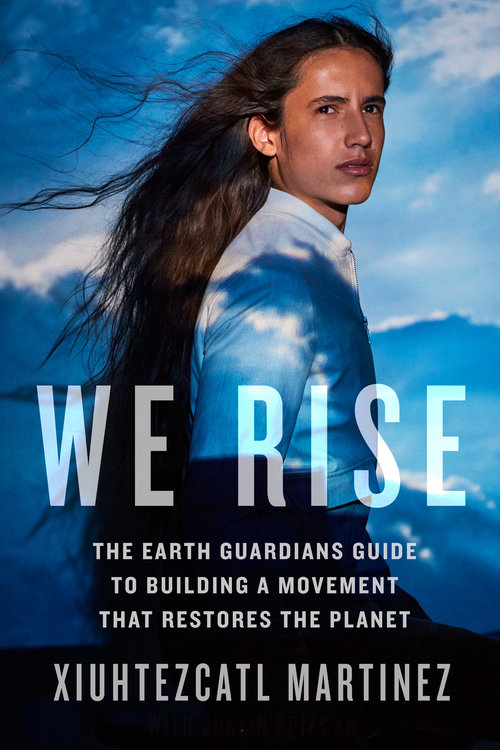 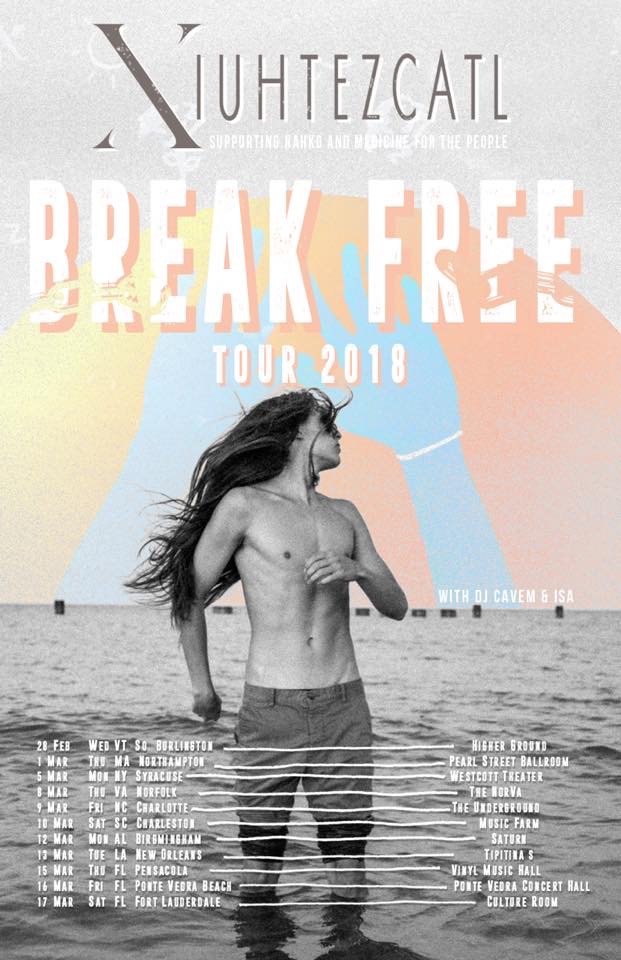 Get Reflection Document Step#5
NEXT - How to add FUN, magic and adventure