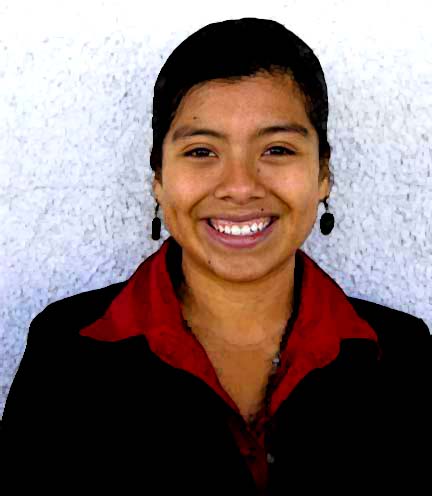 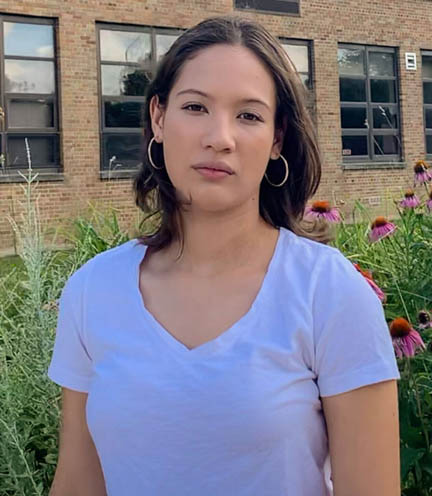 So … our Girl Scouts Cookies cause burning of forests and extinction of species that our scout sisters in overseas countries fight to save … how does this make any sense?

Madi and Rhiannon were preparing for their Girl Scout Bronze Award, when they discovered a shocking fact. And it was right in time for their favorite treat: Girl Scout cookies!

The 11 year old friends were researching the endangered Orang Utan and found that the production of palm oil contributes to the destruction of the Orang Utan’s rainforest habitat.

In a powerful online campaign, they mobilized over 70,000 supporters and generated such immense media coverage that Girl Scouts USA adopted a palm oil policy for their products as a result.

Way not enough, said Madi and Rhiannon, but GS just sent them a formal note like ‘since you’re no longer Girl Scouts, we won’t talk to you anymore. We stand in solidarity with our bakers’.

Bakers, yo, as if it was baker Joey next door. It’s Kellogg’s and the likes!

So, they wrote to them bakers, and those responded right away, since the idea that kids would wake up to their mushy morning cereal being full of bones and blood scared them sh*tless.

Kellogg’s, and even Wilmar, who transport half of the world’s palm oil, sat down with them and developed the industry’s most advanced tracking mechanism.

Two teens achieved where big organizations had failed for decades – and are the first youth to be recognized with the UNITED NATIONS Forest Hero Award.

But it is far from enough.

The rainforests are burning worse than ever, criminals have caused fires over thousands of miles clouding neighboring countries, causing deaths and schools to close. Worse, industry now cuts African forests, too. Good jobs? The girls got invited to plantations in South America by workers. They got shot at by security. That’s not like your apple farm.

Ever more unnecessary products are using palm oil “for longer shelf life”. But do you at home put palm oil in your cakes? Into soups? Yuk, never! Those dry soups and plastic wrapped cakes are just cheap crappy COPIES of real food. No one needs that!

Madi and Rhiannon have proven that youth have the power to protect rainforests, Orangs and people … with a determined NO to dirty palm oil. But it will take an entire generation to choose : magnificent rainforests full of animals OR mushy shelf foods.

Good thing is – no one really needs those any longer. We can grow real food, now.

Take this campaign global – it is in your hands!

When our water is under threat, there is only one thing to do.

Robyn is not the only student who has seen films documenting how bad practices in business and politics have led to water pollution, soaring prices, and very bad health effects, even in her water rich country of Canada.

But Robyn has turned her shock into action! She joined a powerful coalition of experts and citizens who have crafted a solution to safeguard water aquifers and rivers and provide abundant clean water for generations to come.

Hold your seat: Robyn made 27 cities turn Blue in one year, more than two per month! At AGE THIRTEEN.

Now she is training kids and teens like you to be Water Warriors, able to protect their abundant, clear and cheap water for the future!

Please skip through it, for a memory of Robyn.

This video is 18min long. You are not expected to watch it all.

We add it as an example of a resource for use in class.

We have the right to know what we are buying and putting into our bodies, boobs and babies.

Rachel is a passionate advocate of food safety, full transparency and the right to know what we are eating.

At 12 years old, she learned about the mounting evidence that Genetically Modified Organisms, GMOs, pose risks to our health, environment and bees.

Considering that GMOs are labelled in 60 countries, but contained in over 70% of foods in Canadian grocery stores, and people unknowingly feed them to their children, Rachel founded “Kids Right to Know” to convince government to label GMOs, and to conduct long-term studies to determine if GMOs contaminated with low and high doses of extreme poisons are safe.

Industry claimed that these would never create resistence or accumulate in water. But today, superbugs and -weeds cover entire regions, and glyphosate is found in rain, drinking water, human bodies, even wombs and breast milk; notably in up to 100 x higher concentration in GMO-fed Americans.

The meeting unveiled that no ministry is even in charge of GMO labelling. Rachel and youth are no longer waiting, but learn genius people-powered solutions good for soils, plants, animals, and producing super high yields.

Learn with Rachel and create the good food systems in town!

CBC delayed the interview by months.

The dragon was well prepared.

The day before, Rachel got informed it would not be 3 minutes, but 10.

Unveils that Health Canada only does 90 day tests on GMO impacts on mammal organism, ignoring that infertility and tennis ball sized cancer appear in 2nd and 3rd generation rats

Passes on expert reports on decades of false promises, lies and cover ups by Monsanto

If you’re so proud of GMOs

and you care so much for us consumers

– why not label them?

If there’s no proper food to buy in a neighborhood, it’s time we grow our own – starting a pre-schools.

„The shelves are just stacked with pretzels, chips and cookies“ – that’s not a real food bank! No good for kids to grow up on. A 12 year old knows this.

Bling, came Sophie’s 13th B’day – with Bat Mitzwah, celebrations, ideas for community service, and gift money – to start a garden; at home, plus at the local preschool. “Yes, mom and dad, I am doing this, just watch me.” So did a flock a tiny kids, asking plenty of questions. “Preschoolers are eager to learn and try new things,” says Sophie.

“School plots offer unique opportunities. Have them plant, pick, and taste their own school garden’s fresh vegetables, and they’ll know that tomatos don’t come … from the store”. When riots broke out in nearby Ferguson, Missouri, Sophie decided to address social injustices in her way; by greening that “food desert”.

She launched Grow Healthy, offering low-income child care centres, schools and shelters to kick off gardens, along with a curriculum to teach about fresh food and gardening. Two gardens became 28, producing 30,000 pounds of free, fresh greens for families.

Using a GIS tool to detect the most efficient locations, her 772 youth volunteers have gifted over 38,000 hours to building gardens, delivering workshops, and watching kids get their hands dirty, pick and taste the fruits of their love and labor.

There’s a million preschools on Earth, and as many reasons to have a garden, be it micro, vertical, on the roof, along the road or at the park.

Chloe was 6 when she developed a love for pigs. Tears welled up whenever she heard of people eating ‘pork’. Her decision was set.

When she heard of cruelties on dairy and egg farms, she knew it was time for a vegan diet. Unsure at first, just like her parents, they soon realized that it is not a big deal!

Chloe soon noticed, that “many teens wanted to change to their preferred diet, but had little power over what they ate,” at home, at school, at summer camp. Her experiences turned out to be precious for friends, too!

They form “VegYouth” clubs at school, inspiring and empowering each other for lightly living their favourite lifestyle: free from harm, guilt and health worries, peaceful, and full of yummy surprises!

It did not take long until Chloe got noticed, as she contacted vegan activists and organizations for interviews and asked foundations for support. Within weeks, VegYouth got featured on various websites and media as the first ever connection between veganism and teens!

25 clubs sprang up at schools and colleges and Chloe scored grants to help them realize cool project ideas. Become part and start your own VegYouth club, using the superb resources on her website!

A note on Adult Allies. There’s geniuses and we work with them.

After years of seeing my students grow bigger, sicker and learning disabled, I decided that no kid should have to leave its neighborhood to live, learn and earn in a better one.

Stephen packaged the model for use by other educators as National Health & Wellness Learning Centre. It quickly spread to 2,500 schools.

Next day, he was in the World Teacher Prize final. Well deserved.

The lesson for you

No, not crazy, a genius innovator and it’s easy to see his work is awesome. The same is true for making youth leadership part of learning culture, powered by students.

2. Teachers that don’t know of youth leadership, don’t understand how precious it is … are no “experts” you should cave in to. They are uneducated, ignorant and failing their job’s purpose.

3. 99% of citizens are as ignorant, too. Still, there’s good, caring citizens in many places and as we can tell from the success stories, the few are enough to make huge impact. Focus on the people that get it.

4. Good teachers exist at every school. The green one, the social one, the wild one (often a sports teacher) – find them.

They love to have a Gryffindore students of magic crew at their school … it’s their professional dream, and you can make it possible now.

6. As YL Messenger, Coach or Youth Team, you can connect with good teachers at every school.

7. You can also connect with students and parents. They can introduce it without teachers.

8. You can activate 1,000s of students to #bemoreawesome

YOU know what needs doing.

Youth growing up as changemakers through their teenage years need not worry about getting a job selling out their values and kissing up to awful people.

They shape their own path of “making a living” aligned with their values and doing what they love.

We want to make this life available

also because those with the HEART to give their lifetime for people and planet DESERVE IT.

This kind of a rich life also makes people a better person, a better friend, companion, parent, boss and changemaker. Which is good for people and planet. After all, we have a planet to save.

So let’s meet youth that rock for THE ENVIRONMENT.