Our Europe is the most humanist evolved, peaceful, libertarian, best educated, developed, affluent and administered region on Earth.

What’s lacking is Youth Leadership – that our entire young generation does high impact projects for people and planet – and grows up as Able Active Caring Citizens co-creating the next level GOOD society. The solutions and support networks exist. So let’s do it!

Let’s activate youth leadership in Europe! Its needed, it’s new, the potentials are enormous – for Europe, for the world, and of course for everybody involved. Learn more details, steps, favorite activities to choose on this page.

We provide useful materials to inspire, equip for action, as well as interesting interactive platforms to contribute actions, articles, music to, such as YL Magazine, and we provide Coaches and Project Partners all over the world.

As usual with YL, you best get started in the TAKE PART section, with Quickstart actions. For best results, we suggest to get a grip and overview on essential aspects that help you succeed in our surveys.

Recommended: Think big! When the time is right, pretty soon, envisage to Activate Your City and region

Meet and Invite our Travelling Coaches and Scouts

We don’t want to leave it to fate and time. As fast as possible, we want to get to know you, team up, activate plenty of people in your region, connect it with others and have great things to celebrate together. Yay!

Host a YL Coach to work on your region for 1+ months with our YL Coach in Residence program. 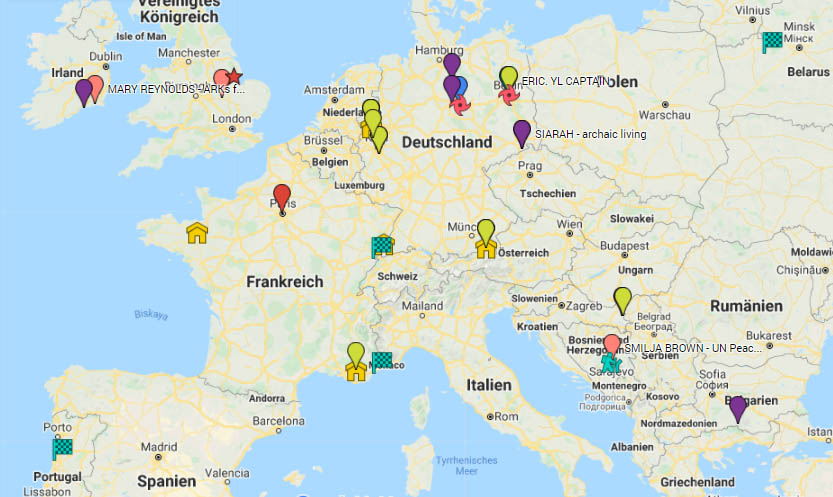 The 5 Essentials are your 'machinery'

that you use as you please as you evolve your activities

Add Your City to the Map.

+ ADD YOURSELF TO THE MAP, join the Tribe

Send in stories for YL Magazine!

Here’s Here is what s/he’ll be doing.

Call in a YL Coach.

Here is what s/he’ll be doing.

Creating the Europe we love.

different from media portrayal, eastern europe balkan safer than west in many regards as our young wo/men traveller scouts confirm, and mafia is not an eastern issue alone as shown above.

Human sex trafficking is different in terms of Eastern origin states and Western receiving states, but an abomination that hurts our hearts on both sides and is something to end together.

One more. In the Balkan, it’s the 80s. From music to everybody smoking and eating meat. There’s people that do yoga and there’s word that there are veggies, or even vegans, but that’s like mystical creatures that I have not met yet. I eat only plants – but – here’s another difference, whereas I would get badly dissed and ridiculed in Western Europe’s 80s, no one here has an issue with that, everybody’s stays super nice uppity funny, because people have a good healthy heart. Ponder that for a moment. It is a very good lesson, mirror and setting to remember what it means to be a healthy human being – and that’s precious for Western society with an epidemic of mental health issues revolving around “am I good enough”. Don’t give a damn about what people say about clothes, make-up etc is the dominant Eastern European medicine, like in the 80s, Lemmy, Motörhead and – for the Germans – Tatort 1st Schimanski episode style.

Note: You are not obliged to sink beer first thing in the morning or ever. Take the key beingness and adapt it to today’s yogic upgrade.

I don’t know what Easterners can learn from Westerners. That’s on Easterners to decide what they like to adopt. Enjoy the journey!

big picture. peace and prosperity get eroded, democracy gets eroded, species get extinct, natural and cultural heritage get destroyed, organized crime and militarization, outside enemy sabotage and take-overs by non-libertarians. conventional stakeholders incompetent or only profit and ego driven, gnoring the people, failing their societal purpose. link historic shift

The response : youth leadership en masse via schools, with all adult allies involved, win win benefits for their dreams for kids, professional life