ACTIVATE YOUTH, THE CITIZENRY + A POSITIVE AMBIENCE IN TOWN

Cities and councillors seek peace, prosperity, safe public spaces, vibrant cultural life, street festivals, rich greenery, beauty, improvement of poor districts … They seek to activate and support a responsible, appreciative citizenry that contribute to safeguarding and evolving the city’s riches. This requires healthy families, mentally healthy citizens, merry youth, a sense of creativity, entrepreneurship and a dose of silly in public life. Cities and populations also thrive on strong interaction with surrounding regions and harmonious international collaboration. It also needs people’s relation to the Land, its history and heritage, wonders, plant and animal inhabitants. They also seek to protect a life worth living in their region as the climate changes. Last not least, they know that an election as positive minded mayor can only bear fruit long-term, if the citizenry gets activated to co-create a good future together, and this … well, is this mission accomplished?

That’s a whole lot, and all of it meets at the intersection of schooling. And of adult learning at public libraries and community centres.

How are you doing with these topics?

It’s all been solved elsewhere.

Youth Leadership – “(training) young people as agents of change in their communities” has been part of civic education in North America for 50 years, which is why there exist thousands of amazing teenage changemakers as you get to discover in our Online Exhibit and Crash Course.

A dynamic positive-minded young generation doing good not only enjoys good mental health, heal one another, develop ace entrepreneurial skills in collaboration with partners in all sectors of society, learning and collaborating with global experts … but they also make perfect role models and mentors for younger peers and students, act as “assistant teachers” on global issues and activities, become resilient against inherited ills that still impact their parent generation … and they animate public space with FUNdraisers, Philanthro-Parties and project activities (such as plantings, art, …) … and generate vivid positive news across media platforms … thereby uplifting audiences, changing image of youth, of the power of one, boosting hope among adults, giving them opportunity to contribute and do good, also as allies … adding purpose, mission and vocation to personal and professional lives* (with strong positive impact on adult mental health and active citizenship and (corporate) social responsibility) … besides the many tangible changes made on lives and land, learning, laws and industries**.

** do not fear this; this means things like raising awareness on local factories that caused 9x national cancer average among your population, and closing them down; which you should definitely welcome 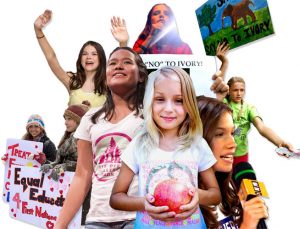 View what your young generation can do once they learn of their hero*ine peers.

“Teachers are our young generation’s biggest ally. They decide if we get a chance to learn how to create a good world or not.” Craig Kielburger, Free The Children, with teams at 22,000 schools

This is well understood, but we see further key allies that share our core purpose to enable Able Active Caring Citizens. We call them Key Professionals and Councillors are one of them.

This makes you a mighty important person for your young generation to learn to unfold their skills to create good lives and a good future for everyone in your region for the next seventy years. It also means mighty responsibility. We are here to help.

We highly appreciate your competences and seek to activate them to the max to boost youth leadership throughout your region, perfectly aligned with your societal purpose and with win-win benefits for everybody involved.

We actively seek to help you achieve your noble professional aspirations.

We amplify and upgrade youth leadership to “implementing humanity’s finest solutions in their home region”, like their famous hero*ine peers and also with them.

We provide tools, methods, coaches, partners, (self-) training, platforms and a global community of practitioners, newbies and global experts

on the full spectrum of positive change

always aiming for tangible changes for people and planet, not just requesting “tweaks of rules and regulations or asking government to pay someone to fix things” by doing it oneself, sometimes, when it applies, in friendly collaboration and with in-kind support by local administration.

Also as Activate Your City campaign at many schools, with immediate actions

for positive change, such as UN Days, Spring Of Sustainability, SDG Fests at schools, in public

We also contribute value on important issues, such as

make out over 70% of high impact changemakers

Take these brochures home to browse youth leadership and YL Programs with ease. 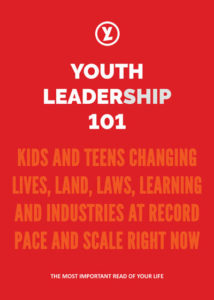 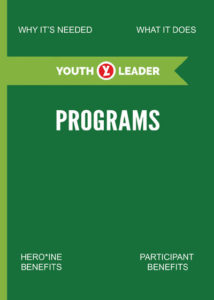 We provide online and onsite trainings for individual and groups, on Youth Leadership Essentials and YL For You, also with focus on your context, focus topics and goals. Trainings enable self-organized follow-up action, use of YL Resources and Partners. We offer Certification as YL Coach, competence partner of RCE Ruhr, United Nations University (ESD, SDGs) and of LearnSpaces as National Youth Leadership Learning Centre.