“Training young people as agents of change in their communities”

has been part of civic education in North America (USA and Canada) for fifty years (!!). It exists in fragments in Great Britain and is practically inexistent in the rest of the world’s 203 countries.

Originally, if you think of boy scouts in the tradition of army pioneers, it was on leading youth in ways different from how one leads leading adults.

But it soon developed to youth leading each other and themselves, to “youth exercising authority over themselves” and to the very important aspect “to pass on leadership to younger peers when they move on” to ensure sustainability; which is an often neglected matter, also among adults that never learned pertaining skills and, more important, the spirit. This all sounds very vague. In practice, it means 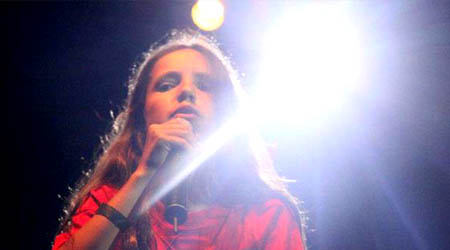 bans pesticides and fracking, sues the government, inspires millions via his positive change hip hop, has sparked over 300 crews on 6 continents 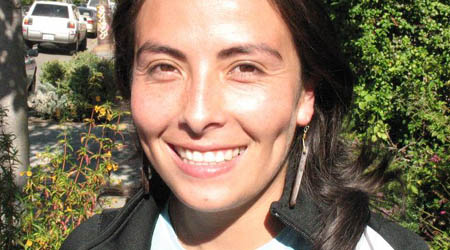 activated 2.7 million children to vote on what future they want. Adults laid down weapons and changed laws 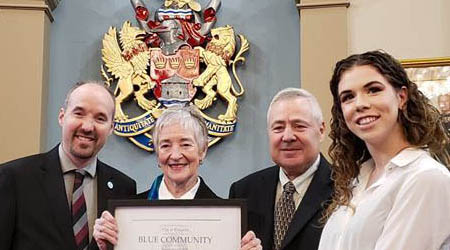 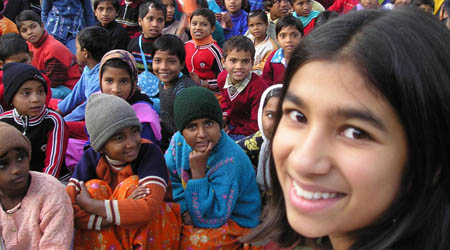 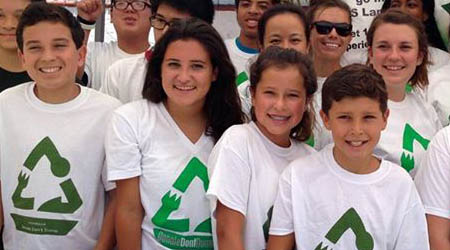 leads 4,000 volunteers have boosted flow of free fresh food for people in need 10x, with 20 tons per month 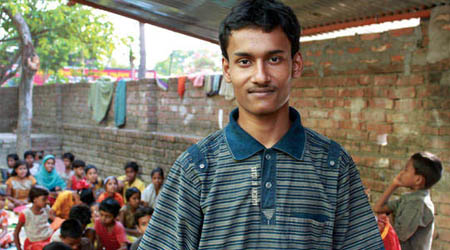 founded a village school, with 600 students by age 16. His first girl students are teachers at his newly built school today 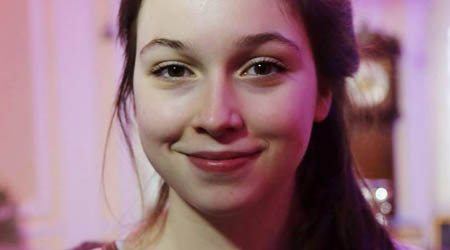 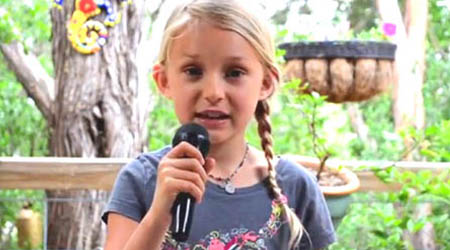 started a youtube show to educate kids and parents on yukky, sickening ingredients in popular foods 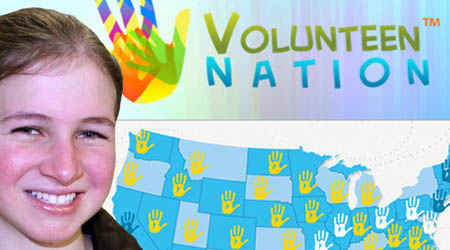 were appalled when NGOs told them they were too young to volunteer, and founded a nationwide volunteen platform connecting ten thousands of youth to opportunities 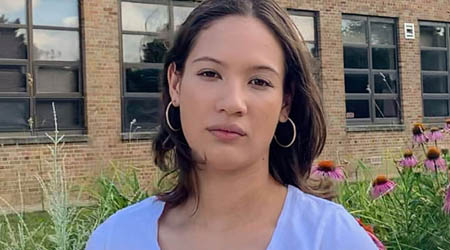 learned that her school was in a district with a 9x national average cancer rate due to a factory, for thirty years. Six months later it got closed. She helps youth do like she did 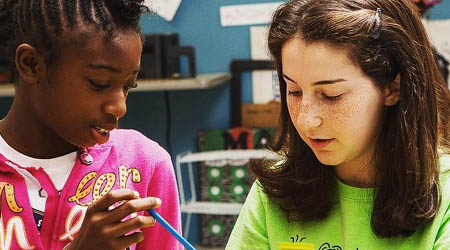 offers creative writing courses for underpriviledged kids, compiles their stories in books and publishes on Amazon. 70 teenage volunteer trainers have joined her team 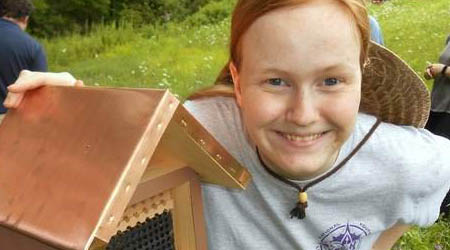 What if all caring Youth in your city do like them?

Today, in the context of global Learning, social media and escalating crisis, teenage changemakers are popping up all over North America, by the thousands!

Youth act from their own initiative, responding to challenges they see in their community, in media or learned of at school. They lead highly responsible, able, impactful initiatives.

One group has teams at sixteen thousand schools. Together with teachers, they bring global issues to life and have made “creating a good world for all” integral part of learning culture. They volunteer in record numbers for local and global development activities with a combined annual value of one hundred million dollars, and their schools organize field trips to attend their festive events with ten thousands of active youth, grand personalities like Gorbatchev, Goodall and the Dalai Lama, music and sports stars; broadcast on tv for 6 hours. 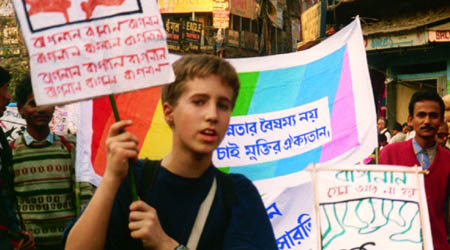 formed a student club to liberate children from forced labor that spawned clubs at 16,000 schools 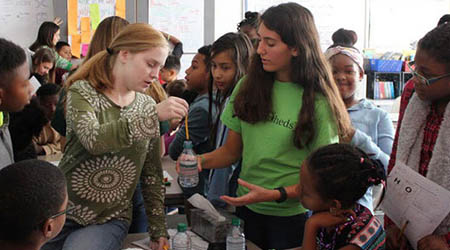 restored as watershed as biology class project, designed a state standard curriculum and teach it at five schools 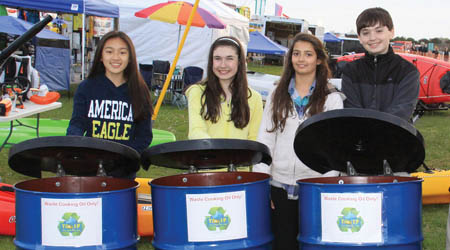 formed a student club to recycle used oils to biofuel. 200 restaurants joined the program, and her crew donated $200,000€ worth of fuel to people in need 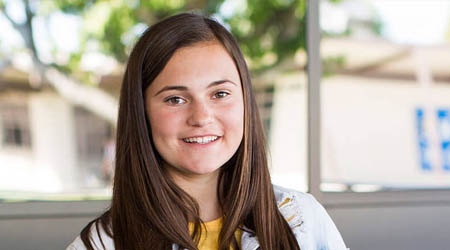 formed a Vegan Club at her school, soon had clubs at 25 schools and funds to help them run programs 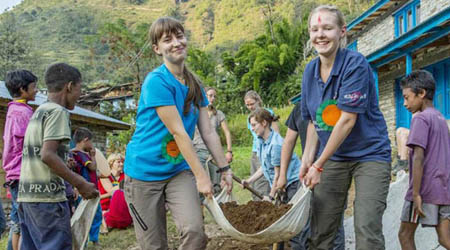 raise funds to develop a valley in the Himalaya with libraries, schools, greenhouses, work visits … other schools join in ends poison use on campus by teaming up greenkeepers with students handpicking weeds, at now dozens of campuses 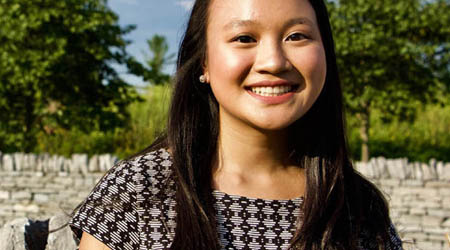 was fed up with students suffering depression, suicide and adults doing nothing. Her student movement breaks the silence on mental health with ripple effects in school, lives, community and institutions

at school are essential for High Impact Youth Leadership. Schools is where all youth meet daily for ten years of their life. This is where they can unfold superpowers. They are common sense and simple. Using YL tools and methodology, one single caring person can activate them in a matter of days.

This is 21st Century learning culture, fulfilling The Purpose Of Schooling, defined in §1 of The Law Of Education of libertarian-democratic societies. Do a quick online search to check your state’s law of education’s §1, let us know what it says, schools and teachers live up to their key professional purpose, and how able your citizens are.

“Never in human history have teachers been this important.”

“Teachers are young people’s biggest allies.
They decide if we can learn to create a good world, or not.”

Inspired by their experiences in developing countries, building schools and encountering locals, “so poor they did not know what they would eat next week, but so happy … because they love so much”, Craig and Marc Kielburger decided “to bring this spirit back to Canada” and complement Free The Children’s work for partners abroad with local programs shifting focus from ME TO WE with a service-learning curriculum that is now used by teachers at 16,000 schools. This is what living ESD and the SDGs looks like.

What if this happens at all of your local schools?

You can spark it. There’s 3 teachers loving it at every school. Find them. There’s 1 student in each class yearning for it. That’s 20 to 50 at a school, equipped with 400 missions, world class global and local allies. Open up this glorious opportunity and life to them! 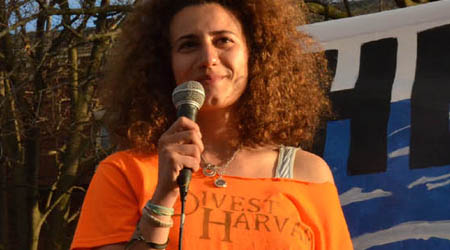 At university, she co-founded Divest Harvard, which grew from 3 to 70,000 members and galvanized a global movement of unis, churches, cities and state funds divesting $7 trillion from fossil fuels Back home, Chloe ran for office in her rural, working class, most senior district of the US, and won it for the Democrats for the first time in history. Six months later she had scored the first Green New Deal, improved rape kit handling and better rural public transport for seniors During Covid-19, she activated 70 volunteers calling every senior in the state, providing health safety and grocery runs. Running against the state’s #1 Republican, she swayed many Trump voters and got elected Senator. With cross party allies, she works on banning aerial forest spraying and a constitutional change making nature a right for every citizen

The epitome of good governance, with 100% score cards from workers, seniors and environmentalists

“You never change things by fighting existing reality.
To change something, create a new model that makes the existing model obsolete.”

The change of consciousness on youth power over the past years has created a supportive foundation for youth leadership. What is needed for real change to happen is solutions, tools and partners.

Youth Leadership en masse is a game changer for society. Since people unfamiliar with the history, scope and grit of Youth Leadership only put “talkers and plastic pickers” on global stages and event sessions we clarify that YL stands for the kind of young changemakers with initiatives that make immediate tangible impact with countable results that truly change lives, land, learning, laws and industries.

High Impact Youth Leadership implements solutions, in form of teen hero*ines’ direct actions, and in form of adult mages’ solutions that transform civilization; youth can wield these, often with better results than citizens. YOUTH-LEADER’s global ecosystem of resources and relations equips you to inspire and to create an enabling environment for youth and their adult allies to make high impact changemaking omni-present part of their daily lives at home, school, work, in public and media.

You can act casually, or take the 4 week guided Challenge or connect with our global Tribe, take a training, form a local chapter, bring in your ideas. Because we want you to at last be able to live your good dreams.

We would be stupid not to use this.

Today, in contect of Global Learning at schools, of social media and escalating crisis, teenage hero*ines are appearing by the thousands all over the continent – without training.

In the rest of the world, there is no such thing as organized youth leadership with civic purpose for people and planet, holistic and open in cause and activity defined by youth themselves.

Only in fragments in Girl Scouts, and in context of politics, business, religion. But without civic purpose.

Media only notice and show youth criticizing national  government for not protecting their well-being, demanding tweaks to regulations or that someone get paid to fix problems.

After 3 to 6 years, none of these initiatives has reached its goal.

Not few youth involved are in despair.

This does not mean that they are insignificant. Recent teenage-led ‘1970s style’ protest movements are pre-stages of project-oriented youth leadership with impact on lives and land. The protest-oriented organizing has led to experiences that bridge from the state of the incompetent, impotent voter to … the next new form of citizenship.

Part of this step into self-empowerment and self-responsibility and self-competence is the loss of the illusion / innocent trust that grown-up people in decision-making positions of national government, business, media, education etc. had the Heart or competence to make relevant positive changes. But no, they do not. As inhabitants of the Unsustainable Society, they are as incompetent as monarchists for the shift to libertarian democracy.

It is valuable to look at the detail changes experienced by participants in Climate Lawsuit, March For Our Lives and Fridays For Future (which have not be noticed or formulated by ‘experts’ assessing these youth movements’ ‘success’ in media; once again, because those ‘experts’ know nothing of youth leadership).

The intangible effects are that adults no longer view youth as complacent idiots, but as intelligent, genius as worth caring for, as able partners and as a new level of citizens doing things that adult generations were not aware or capable of in their youth.

Further, through the gatherings, youth experience common priorities, parents support them and protect them from attacks, teachers collaborate with them, journalists respect them and tell their stories to add value to their reporting, experts converse with them at eye-level as allies, councillors recognize them as able active caring citizens and support them.

This did not exist in Europe until a couple of years ago. But it is common in North America.

The solutions exist. In projects.

What people know of

Free The Children / WE

50+ million women have been in Girl Scouts

12 year old Craig learns that a former child slave got murdered at age 12 as he returned to his home village, and that morning in class founds the world’s biggest movement of children helping children changing laws, liberating kids, building schools, water projects and more

After realizing that the poor kids they built schools for – lacking shoes and safe food next week- were happier than their wealthy Canadian peers suffering from bullying and suicides, the brothers decided to bring that spirit to Canada and launched a service learning program uniting 25,000 teachers, reaching 3 million students, involving celebrities and companies.

Emma Gonzalez explodes in pain and rage over adult generations lacking the heart to protect children from massacres and unleashes the 4th biggest protest in US history, run entirely by teens, inspiring a school girl in Sweden to do like them