WE ARE THE ARK, IRELAND 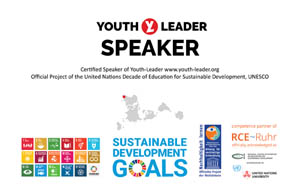 “We need to become guardians, not gardeners.”

To us, she is a veritable fairy with a priority mission to awaken all of us humans to boost biodiversity with swift simple steps that let nature rewild herself and turn into Paradise again.

To protect Our Land and its Children in these turbulent times, Mary has used social media, radio and tv appearances to summon a thriving global community eager to restore BIODIVERSITY, peace, joy and abundance for animals, plants and minerals by creating ARKS.

DECLARE ‘ARKS’ by gifting Land back to the Earth, to re-wild and re-populate with wild plants and animals. All that’s needed is already in the soil!

Private and public lands, and schools can benefit – by no longer having to keep their lawn and roadside tidy, but proudly declare them an ARK, observe these LEARNSCAPES and shape them where Healing Hands are needed. So, Fairies, Gnomes and Beautiful Beasts, will you restore Your Land? 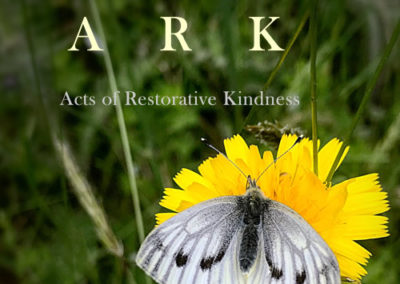 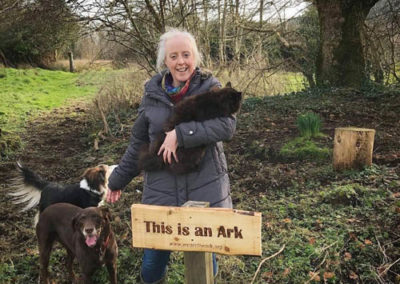 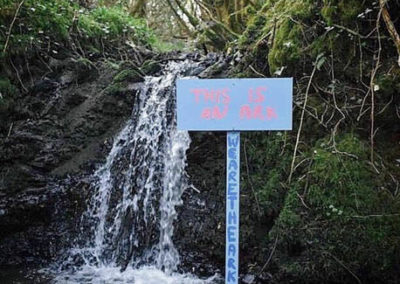 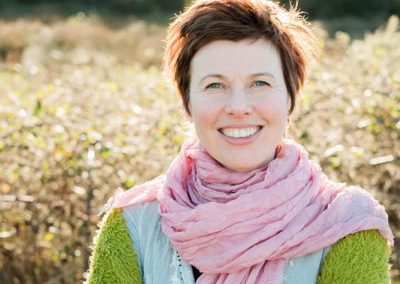 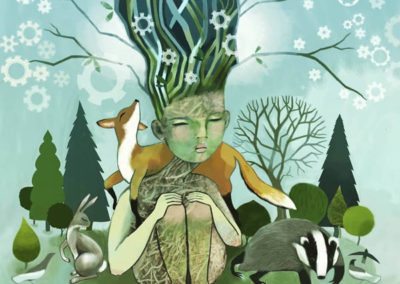 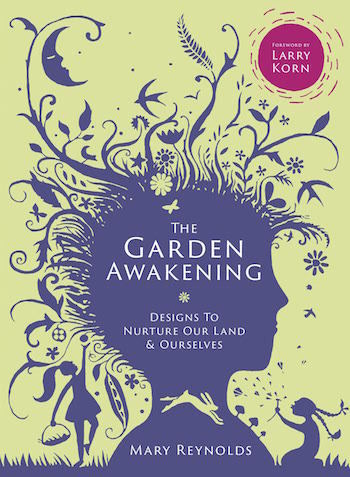 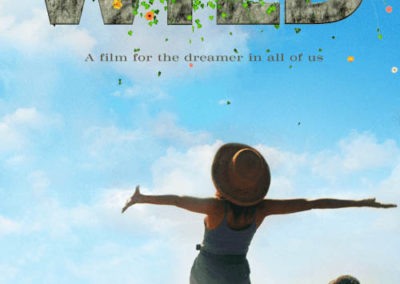 In Britain, Mary has a legend’s status as the youngest Chelsea Flower Show gold medal winner. There’s a veritable adventure story behind it that scored her her own biopic on Netflix, Dare To Be Wild.

She is famous for her garden designs bringing back our sense of wonder feeling part and in harmony with The Land, like we do in mystical places in early childhood. Awakening Your Garden is a skill that you can learn. She has composed a beautiful book of the same title.

Considered to be a Top 10 Landscape Designer of all time, Mary today calls herself a reformed landscape designer, since even with the best intentions one imposes his or her will and forces the land to behave by their ideas of beauty or usefulness for humans. She since advocates to let the Land rewild by its own force and goals.

Mary’s skill awakened in early childhood when she sat down in nature and heard the plants speaking to her. Since then, she is in communication with the land and unveils that the secret behind her unique designs is that she relates to the land like a good mother to her children.

Each child is different with unique personality, talents to unfold, professional paths to follow and gifts for society … as doctor, artist, educator, scientist, worker. A mother does not want to shape a child by her own ideas. This would deform it and clip its talents.

The Story of the birth of the Ark

One fine morning last year, I was sitting at my desk looking out over my garden when something happened that made me realise how we can all become part of the solution to the crisis we are facing with nature.

A fox ran across the garden. Then two hares. Soon after, I lifted my head to see a family of hedgehogs scuttle along the edge of the hedgerow. All these creatures were running away from something and it was like the reverse of the Ark stories I had heard as a kid.

When I went to investigate, what was happening, it turned out that the neighbouring field across the road was being cleared by a digger. A house was being built at the top of the field and the owners had gone in and cleared out years of growth. Brambles, bracken and a thicket of thorny trees and plants that was a home for many families were wiped out in an instant.

All these families had suddenly lost their homes and they had to move into a wild field beside my garden which already housed a lot of creatures with little room and resources.

This cleared ecosystem across the road was to be replaced with a monoculture of grass lawn that would get no use, support no life and would require constant maintenance. The owners were completely oblivious to the destruction they had caused to countless creatures.

I immediately realised I had done the same thing myself many times over.

At that moment, ‘We are the Ark’ was born.

The Garden Awakening: Designs to Nurture the Land and Ourselves (2016)

Reynolds first publication is an instructional memoir in which she promotes sustainable horticultural practice through “forest gardening”, while also detailing her spiritual connection to the Irish landscape through the terms and symbols of Celtic paganism.

In her text Reynolds covers the practice of permaculture and natural farming, foraging, keeping poultry, composting, and beekeeping.

The book features illustrations by artist Ruth Evans, alongside drawings and architectural sketches by Reynolds, and a foreword by US author Larry Korn.

The publication was publicly endorsed by fellow activist and anthropologist Jane Goodall, who stated the book helped guide readers to be “in tune with nature” and give their gardens a “sense of home”.

Other notable figures who shared their support of Reynold’s writing include Sir Tim Smit, Co-Founder of the Eden Project; and James Alexander-Sinclair, judge and council member of the Royal Horticultural Society.

No doubt, the mission is to scout spaces for ARKs in town and countryside, on private land, on public land, on school and park grounds with guided trails for the public … and finding potential partners to work on these plans and find more spaces.

Of course, you might declare first ARKs and want to restore degraded lands … and have questions.

Steps to creating an ARK
+ 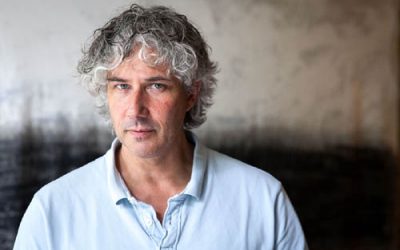 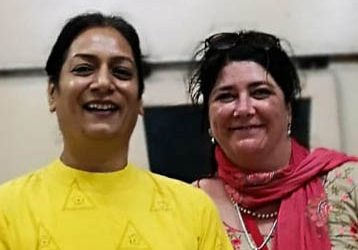 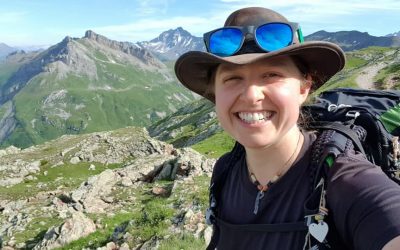